Given the first opportunity, states have jumped into the warzones on command of the so called administrators, having mandate of their citizens. In the name of the land and people, wars are summoned and brought to the shores of those very citizens’ home. We all know and understand who has to bear the brunt of wars, strives and conflicts. Insurgency across borders, quest to seize more land, desire to have new nations, fanaticism to propagate one’s religion, or the insatiable hunger to be the world power have lead to numerous expeditions throughout the history, be it Alexander the ‘great’ or Hitler; ISIS or Chechen; China or USA.

The recent photographs of a drowned Kurdish child have been doing the rounds across the internet. It is actually ironic that the selfish needs of few lead to horrific experience for millions of innocents. As the photographer, Nilufer herself has accepted how difficult it was to click those pictures. She claimed her reaction on seeing the corpse of the small toddler was “becoming petrified”. In her own words, “Three-year-old Aylan Kurdi was lying lifeless face down in the surf, in his red t-shirt and dark blue shorts folded to his waist. The only thing I could do was to make his outcry heard” She took the pictures to share her feeling and make an “outcry”

Let’s ask ourselves honestly. Who is responsible for Aylan’s death? Who is responsible for the death of Children in USA, Pakistan, Sri Lanka, Thailand our very own country? It’s all of US-every single person from each country who remains nothing but mute spectator while carrying out the daily chores for him/her and the immediate family members.

We will make hues and cries on the social media for a few days. Some of us are so damned that we do it mostly in hope of getting more likes and retweets. Oh yes, Candle light processions are not to be forgotten, for a few days and then…. who cares! Life moves on, so do we. 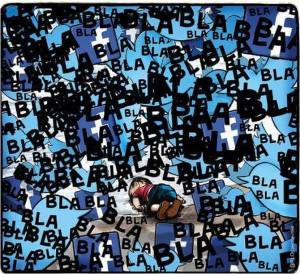 Another crisis till I write another article, self-bashing. Let me enjoy till then.